Henchmen is a short comedic film that takes place in a world where super heroes and villains are commonplace. But the stereotypes of the genre are turned upside down by focusing on two nobody henchmen as the main characters. Hank and Dom are tasked with the simple job of guarding the elevator to an evil lair. They debate their roles in life, whether or not they are treated fairly by heroes and villains alike, and whether or not there is still any honour in being bad.

As the art director, CJ McGillivray assisted production designer Austin Wrinch by providing graphic designs for the all of the villainous signage in the protected lair as well as the heroic emblem for Captain Apollo. In the early days of preproduction, CJ McGillivray was also the casting director for Henchmen. 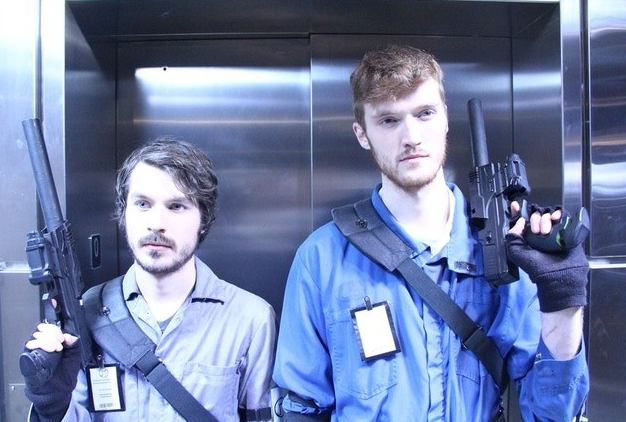 Aaron Post as Hank and Matthew Janzen as Dom alongside Gavin Langelo as Captain Apollo, Joel D. Montgrand as Adolf Judas and John Hannah as the Scientist.

Directed by Aaron Dawson and produced by Aidan MacAulay with cinematography by Gary Chutai, production design by Austin Wrinch, art direction and casting by CJ McGillivray, music by Philip Derochie, costume design by Layne Beck and editing by Nikola Tanaskovic.