Iron to Rust focuses on the complicated friendship between Sophie and Tucker. His cynical depression and her sympathetic intentions explode and threaten the fate of their relationship altogether. Full of brutal honesty and raw emotion, this character study exposes an unhealthy relationship at its wit’s end.

Direction and cinematography by Paul Human, screenplay and casting by Allyson Fournier and production design by CJ McGillivray

The monochromatic, minimalist production design reflects the muted emotions of the main character, a trouble college student who is struggling with severe depression and disconnection from his life. His apartment is perpetually unmade, unsettled and dishevelled. The following is a series of set photographs which capture the production design by CJ McGillivray: 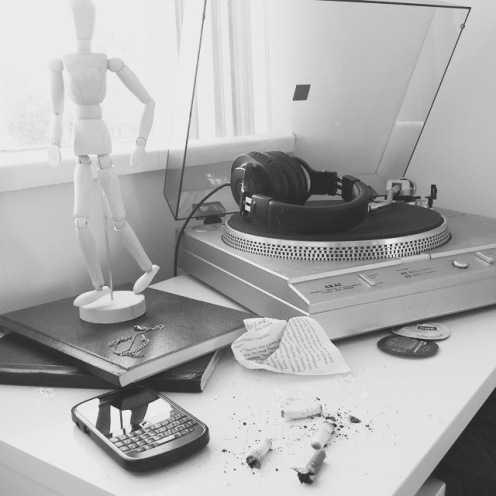 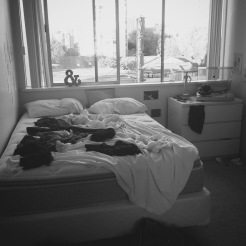